In accordance with the research objectives, we use different geophysical methods:

Electrical Resistivity Tomography (ERT) method works on the principle of introducing a weak electric current into the ground while measuring the voltage potential in a certain volume of the subsurface. The results of the inverse modeling represent the true distribution of the subsurface resistivity. We are conducting 2D and 3D ERT surveys in various research fields with equipment ARES (Czech company GF Instruments) with 48-electrode system. 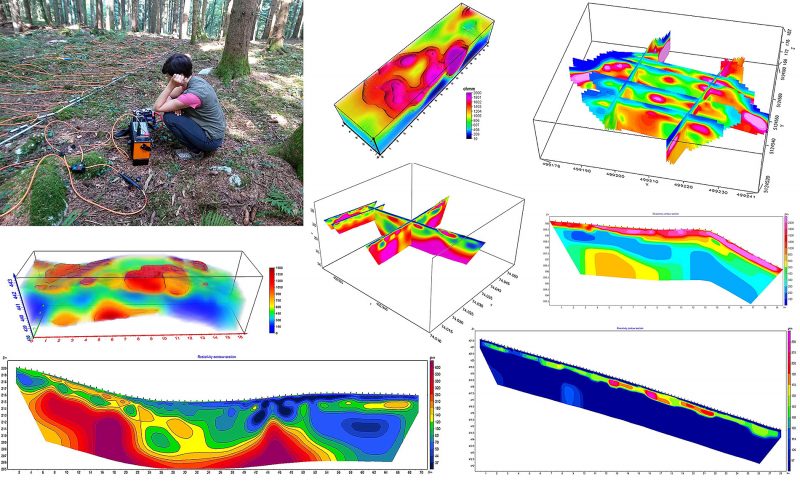 At Twin-probe method two stacionary remote current electrodes are placed in the ground, while two constantly separated potential electrodes (usually 0.5 or 1.5 m) are moved along the lines. Measured data of earth resistance are interpreted directly in qualitative manner, namely for the whole depth interval (~0.75 or 2,25 m) lateral changes in resistance can be observed. Data is obtained with RM15 resistance meter.

Earth resistance mapping reveals primarily stone and/or burnt archaeological objects and associated negative structures such as ditches (with clay fillings), waste pits, dump areas etc., furthermore the method is used in agronomy and pedology in determining the differences in the humidity and composition of the soil and sediments and also to determine the shallow geological composition of the area. 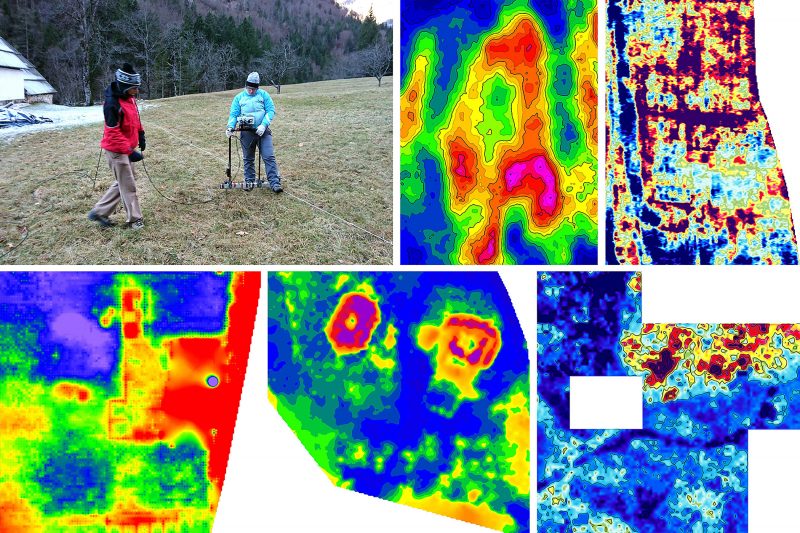 With Ground Penetrating Radar (GPR) method velocities and amplitudes of returned electromagnetic (EM) waves between transmiting and signal receiving antenna are measured, which depend on dielectrical properties of burried materials and the surounding medium. We perform measurements with GSSI SIR3000 GPR system, with 200, 270, 400 and 900 MHz transmitting antennas, that enables recognition of wide spectrum of objects with different dimensions, composition and depths where they are buried.

With GPR method we successfully locate the underground infrastructure and archaeological objects – especially the walls. It is also very useful in explaining structural geology, in determining the depth of a solid bedrock, fractures, caves, caverns, waste dumps and also leaks (dams, waste pools). 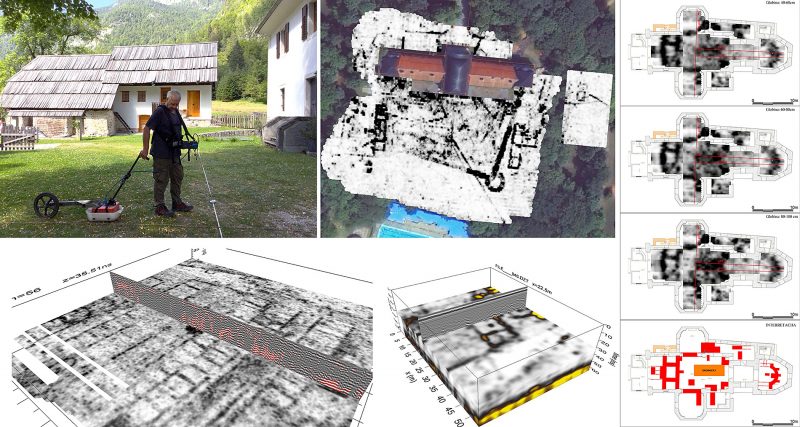 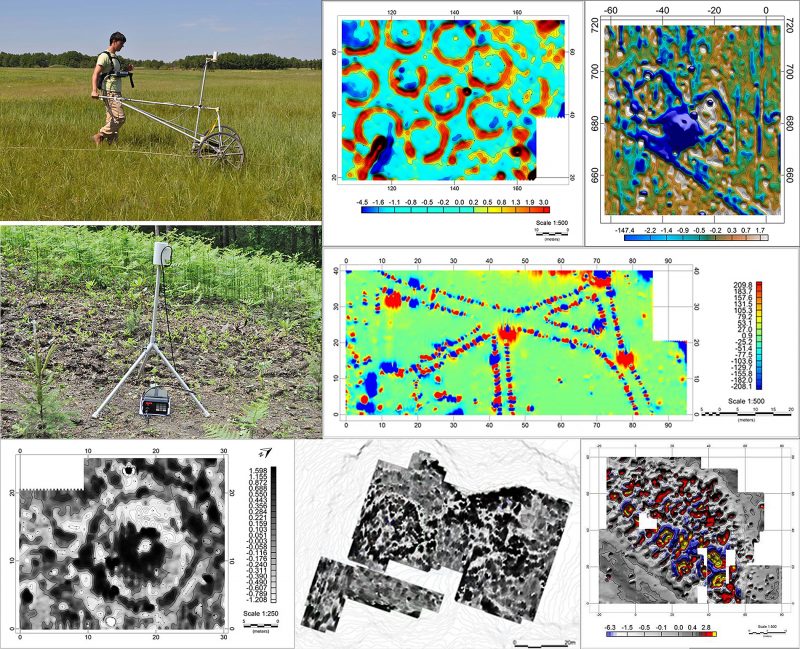 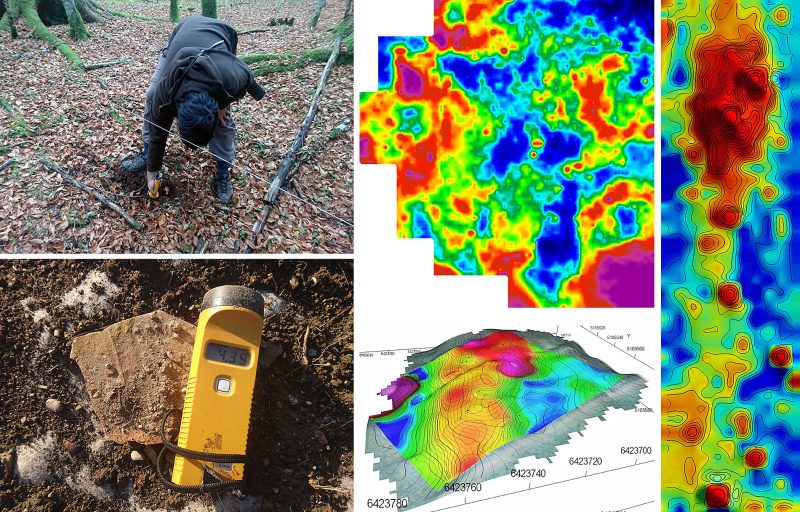 Low-frequency EM instrument CMD-Miniexplorer operates on the principle of electromagnetic induction at a frequency of 30 kHz and is suitable for shallow soil studies up to 1.8 m depth. It can simultaneously measure and co-locate two different geophysical properties, magnetic susceptibility and electrical conductivity. Two coil configurations are possible, horizontal coplanar configurations with investigaton depths up to 0.5, 1.0 and 1.8 m and vertical coplanar configuration with investigation depths up to 0.25, 0.5 and 0.9 m.

CMD-Mini Explorer is useful for fast and accurate contactless investigations of shallow buried structures and objects in the frame of archaeological, geological, agriculture survey, road and construction inspection, metal objects and network detection, military survey and other. 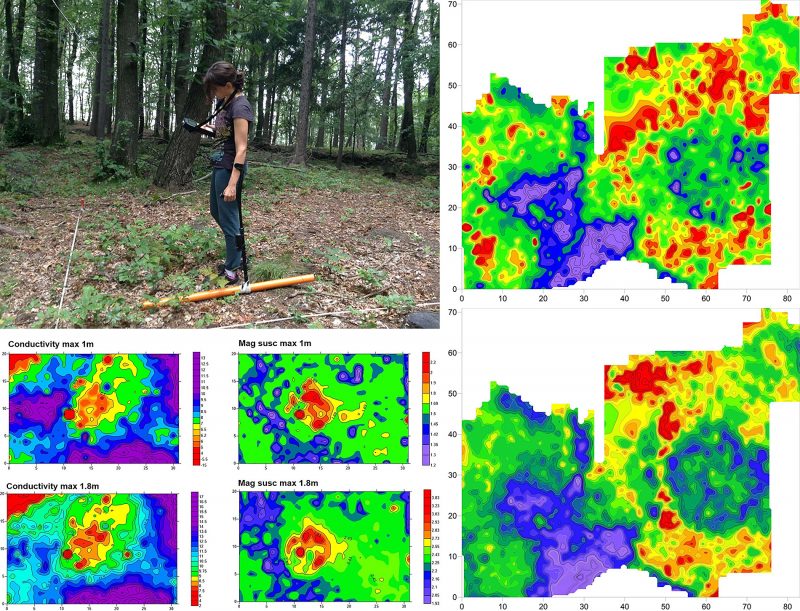 SEND US AN ENQUIRY